Jeffrey A. Schneider, EA, CTRS, NTPI Fellow, ACT-E is the principal in SFS Tax & Accounting Services and SFS Tax Problem Solutions in Stuart, FL.  He has been in the field of taxation since 1979 and became an Enrolled Agent in 2005 and became a Certified Tax Resolution Specialist designation by the American Society of Tax Problem Solvers in 2015.  He received a certification in college planning in 2007, and became a Certified Divorce Financial Analysts in 2004.   In October, 2018, he earned the Advanced Crypto Tax-Expert (ACT-E) designation from the Crypto Tax Academy.

Jeffrey has been in the field of taxation for over thirty-five years working for multi-national companies and has been in private practice full time since 1999.  He’s been a member of National Association of Enrolled Agents (NAEA), the Florida Society of Enrolled Agents (FSEA), American Society of Tax Problem Solvers (ASTPS) and the National Association of Tax Practitioners (NATP).  He is a past president of the Florida Society of Enrolled Agents (2013/2014) and is a former President of the Treasure Coast (2013/2015) and Palm Beach Chapters (2009/2010 & 2010/2011) of the FSEA.  He was a two term member of NAEA’s National Board of Directors (2014-2016 & 2016-2018).

Jeffrey attained a Bachelor’s of Science Degree in Finance & Economics from the College of Staten Island and a Master’s of Science in Taxation from Long Island University. He was an Adjunct Professor at Palm Beach State College teaching individual and business taxes.

He has been a featured author for the NAEA EA Journal, Treasure Coast Business Journal, the National Association of Tax Professionals, and is still sought out by various freelance writers for other publications.

Jeffrey has spoken before members of the NAEA/FSEA at many organizational events and at most of the FSEA individual chapter meetings. He has presented before other tax professionals. He was a discussion leader for NTPI and a Level One Instructor.  He has presented at local expos and organizations on various tax & business topics.  He has provided workshops on college planning and on the tax and financial issues and its impact on divorce.

Schneider is also the author of two books, “Now What? I Got a Tax Notice from the IRS.  Help!” and “Now What? The IRS is Taking Everything I own. Help! ”.

And most recently, Jeffrey was honored to be selected to the Internal Revenue Service Advisory Council for 2018-2020, a three year term.

He is married to Ali, and has two children. Jeff and Ali reside in Port St. Lucie, FL and are “pseudo empty-nesters” where they take care of their 15 year old Yorkie, Boodah. 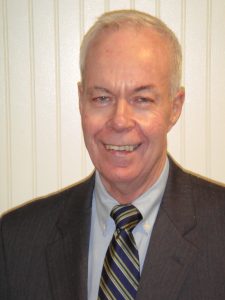 Frank Degen, EA is a self employed practitioner in Setauket (Long Island), New York. He has a Bachelors degree in mathematics from Iona College and a Masters degree from Johns Hopkins University. He became an Enrolled Agent in 1984.

Frank is a fellow of the National Tax Practice Institute. He is also a non-attorney admitted to practice in the United States Tax Court.

Frank served two terms as President of the National Association of Enrolled Agents (NAEA). His first term was during the 2005-2006 year; his second term was during the 2012-2013 year. He served as NAEA GRC Chair for 4 years (2006-2010). He also previously served two terms as an NAEA Director. He was a three term president of the New York State Society of Enrolled Agents (NYSSEA) and was awarded the NYSSEA Founders Award in 1999. He is the only NAEA member to have received 5 NAEA Awards: the Excellence in Public Awareness Award (2001), the EA Mentor Award (2004), the prestigious Founders Award (2006), the Advocacy Award (2013) and the Excellence in Education Award (2018).

He has been quoted extensively in publications such as The Wall Street Journal, Business Week, US News and World Report, USA Today and Kiplingers. He has done many radio interviews for NAEA (including repeated interviews with MarketPlace Money on National Public Radio), is a four-time panelist on TaxTalkToday and has appeared on the NBC Nightly News. He has testified on behalf of NAEA before the IRS Oversight Board, the Senate Finance Committee and the House Ways & Means Oversight Sub-Committee. He was chosen three times by Accounting Today to its “Top 100” list. He served a three year term on the Internal Revenue Service Advisory Council (IRSAC) and was Chair in 2009.

He has spoken on tax issues on the national, state and local levels including 22 NAEA Affiliates and has given numerous presentations at the IRS Nationwide Tax Forum.