The Oklahoma City Seminar was a great success!
Thank you for everyone attending!

Robert E. McKenzie is a partner of the law firm of Saul Ewing Arnstein & Lehr LLP in Chicago, Illinois, concentrating his practice in representation before the Internal Revenue Service and state agencies.

Mr. McKenzie has lectured extensively on the subject of taxation. He has presented courses before thousands of CPA’s, attorneys and enrolled agents nationwide. He has made numerous media appearances including Dateline NBC and The ABC Nightly News.

From 2009 to 2011, Mr. McKenzie was a member of the IRS Advisory Council, which advises IRS management. He has been selected as a Fellow of the American College of Tax Counsel and serves as its President. He was council director of the ABA Tax Section (1998-2001). He was vice chair of the ABA Tax Section (2003-2005). Mr. McKenzie is past chairman of the Employment Tax Committee, past co-chair of the Task Force for Bankruptcy Legislation of the ABA Section on Taxation and past chairman of the Chicago Bar Association Federal Tax Committee. He was dean of the National Tax Practice Institute (1998-2002). 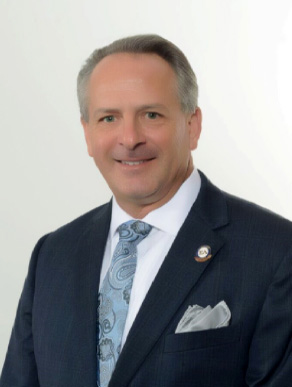 Alan Pinck is an Enrolled Agent with 30 years of tax preparation experience in the Silicon Valley. Alan has built a practice specializing in individual, small business tax preparation and audit representation. Alan is currently chair of the NAEA Education Committee. Alan, a nationally recognized presenter you have seen him at NTPI events, the moderator of Tax Talk Today, CSEA Super Seminar, Spidell Publishing as well as a variety of other presentations for tax groups and small business associations. Having represented thousands of tax returns in examination, Alan has obtained tremendous insight of the exam process as well as knowledge on a wide variety of tax issues. His real world approach and stories bring his sessions to life!